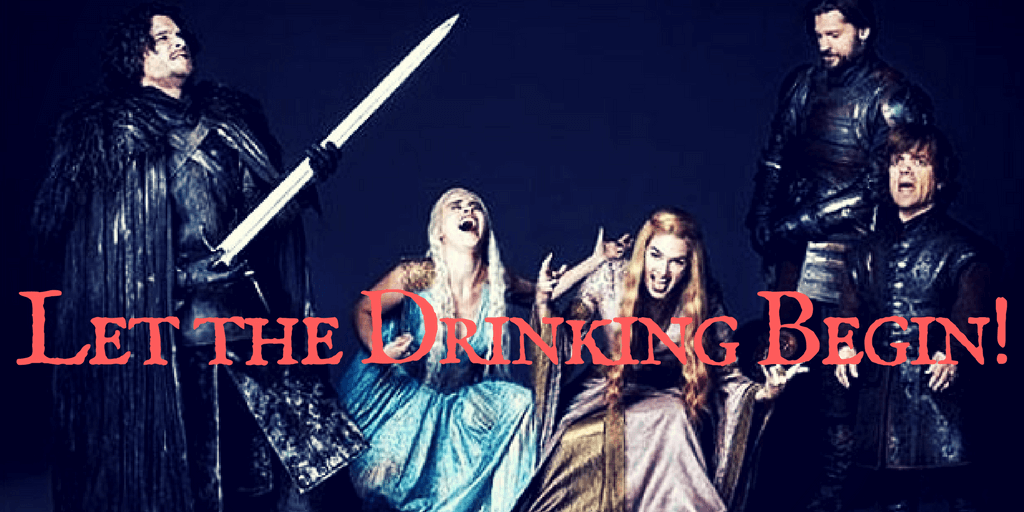 Our long watch is finally over, as Game of Thrones returns to define our Sunday nights once more. Season seven promises to be the show’s most epic year yet, as Dany finally returns to Westeros, Cersei sits on the Iron Throne, Arya could be literally anywhere, and Jon Snow is the new King of the North.

With only seven episodes being broadcast this year, what better reason to add another dimension of inebriation (which is Valerian for drunk and merry) to your viewing experience? With that in mind, here are some guidelines for the ultimate Game of Thrones season seven drinking game.

Despite the devastation, murder, and backstabbing of the previous six years, it’s still best to build the rules of the game around the main Houses of the Seven Kingdoms, and those miscellaneous characters that have sworn allegiance to them.

It’s the players choice whether to pick a House to follow, or a particular character, as how drunk you get will vary with each decision. Since the end of season one, the Starks have been separated and cast to the furthest reaches of Westeros and beyond. Whether it’s Jon at the Wall, Bran beyond the Wall, Ayra in Bravos, Sansa in Kings Landing, and the rest in the afterlife, season seven should see them come together once more.

Here are the rules for House Stark: Drink of choice: Wine, of course.

Since the Lannister’s are down to two official members (Tyrion is in Dany’s camp) here are the rules for Queen Cersei, and Jamie. Drink of choice: Anything red, for the blood of your enemies: Drink of choice: Light beer – high aspirations, but not so popular. Drink of choice: Rosy wine. Yes, because roses have thorns.

Drink any time the Queen of Thorns is onscreen, as she’s the only damn Tyrell left thanks to Cersei. The best pick for teetotal companions. The Greyjoys will be very important this season as Uncle Euron will have a bigger presence, so let’s go a little deeper here:

As the Game of thrones isn’t a show for the faint of heart, neither is its drinking game, so please drink responsibly. Lastly, and perhaps most importantly, run away from the screen if Lady Stoneheart ever shows up.