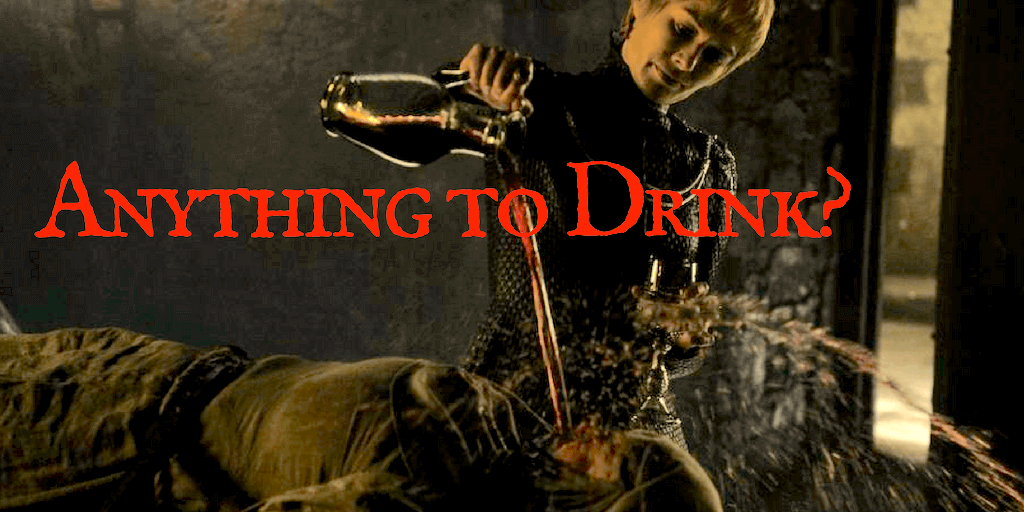 Are you ready for winter? Ready or not, it’s a-coming and now that GoT has returned to screens worldwide for its seventh season, what better way to feel like you are on the battle lines than by imbibing in your favorite (or soon to be) drinks that match your perspective on who you believe will eventually sit upon the Iron Throne?

It’s tough work keeping track of House of Lannister, Stark, Tyrell, Frey, et cetera with all of their nuances, power plays, twists and turns. As a loyal subject of the show, naturally you have personal favorites that you either root for openly or cheer on covertly. With so many characters on the show, there aren’t enough drinks for them all yet, but we are more than happy to get you there in time.

There are so many questions to ponder this season…

It may not be a question of when Cersei falls, but how?

Will she be cast aside for a queen even more fairer than her in Daenerys or will she be overtaken by the bastard in the north Jon Snow with Sansa Stark at his side?

Will her own brother Tyrion send her into exile once and for all?

How will it all go down in Westeros, Essos and beyond?

As the first episode of season seven closed, Dany lands on her ancestral home and begins to plot her comeuppance.

That alone is reason enough to toast and celebrate!

The great game has truly begun in earnest!

Naturally, fans have gone to great lengths to celebrate and defend their favorite characters, and that love for all things GoT has led to yet another way to keep certain players in the game close to the vest. In a move that pits the medieval against mixology, upscale bars have become the central meeting point for fans to not only discuss the latest situations hovering throughout the rather complicated storyline, but to also indulge in quality drinks courtesy of world class bartenders.

In Dublin, drinking is a community gathering that leads to in-depth conversation at times. Adam Walsh from the esteemed Dublin pub Peruke & Periwig is a world-class bartender that offers us three of his own custom-made drinks that his patrons keep coming back for. And what’s even better? If you’re not lucky enough to be in Dublin, you can always have your local mixologist attempt one of the following drinks below and take the party to another international hotspot. Top with prosecco or champagne; as it’s the King’s Landing, a dash of class is absolutely necessary.

King’s Landing is always seeing red in one way or another, so it is only fitting that this drink carries on the tradition for which the region is best known. Fans of this cocktail note the carbonated champagne hitting the tongue first, then quickly followed by a sour aroma that finishes with a balanced berry note. It’s like a kiss before dying…

Discuss – and drink – amongst yourselves. Call it ‘the drink of ice and fire’ or by its proper title, ‘The Stormborn’, fitting as The White Walkers are the cold dwellers of the north, while Daenerys represents the heat as the ‘Mother of Dragons’.

Sip liberally on this masterpiece and you will notice the Juniper-led sweet taste, with a hint of apricot and underlying violet husk. Topped with fizzy soda water and a dragon grapefruit rind for grandor, this drink is set ablaze and then served to and for only the strong.

This is definitely not the drink for wimps, so approach your bartender carefully. Appropriately titled, no drink on the list is as exciting as this one. Just as one could never suspect what King Joffrey would do next, Joffrey’s Poison emulates its namesake’s predilections.

As a sour styled drink, a hint of chestnut serves as the underlying flavour, with port and blackberries added for color, egg whites to round out the sweet, sour, and spicy notes of the ginger and cloves.

Not to be outdone, it goes one step further by changing color with each successive sip, a fitting nod to the mood swings of the House of Lannister.